Research on Node Reversal in Synastry 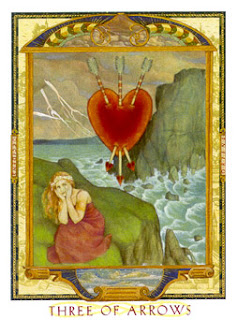 This is a guest post by Neith
Whenever I wish to do some astrological research I have my family birth data to draw upon going back a couple of generations. In this instance, I was curious to see what the patterns were within the family for Reversed Moon’s Nodes for couples and their children. My personal experience of relating to another person who has the opposite Nodes suggests proximity is an important factor. I have several cyber-friends with North Node in Sagittarius very close to my South Node in Sagittarius and there are no problems at all. It seems to take the day-to-day interchanges to up the irritation factor – like working with someone or living with them in a family setting.

What I found after looking up all my extended family’s birth dates was very interesting. Out of all the couples in both my parent’s generation and mine, only ONE had Reversed Nodes! In fact, only a few parent/children had Reversed Nodes and most of the time it was the mother, not the father, involved. These were children that left home at the first opportunity, usually going off to school halfway across the country.

It is my aunt and uncle who live closest to us who have the Reversed Nodes. They will have been married for 55 years this year and it has been a stressful relationship most of that time. My uncle is 10 yrs older than my aunt (my mother’s youngest sister) and they have 5 children, the oldest of whom is 9 years younger than I. I don’t have birth times for either person so I will just review the astrology using the shorthand method.

My aunt is an Aquarius Sun, Capricorn Moon and my uncle has a Taurus Sun and very likely an Aquarius Moon. If this is the case, the Luminaries form a trine and conjunction by sign – very compatible! Their Moons would be semi-sextile (Capricorn to Aquarius) and that does seem to fit. My aunt is extremely well organized and always had neatly written lists of chores for her kids posted about. =grin=

Their Mercury’s are trine too. Her Mercury is in Capricorn and his in Taurus and they are both practical sorts and can take care of business when they need to.

His Mars is in Libra trine her Venus in Aquarius and her Mars in Capricorn is trine his Venus in Taurus. However, with their Mars square by sign, they have a difficult time agreeing on how to work together. And their Venuses are square giving them very different ideas of enjoyment. Once their children were grown they quite attempting to vacation together at all and my uncle would go hunting with my dad (they have been friends since childhood) and my aunt would fly off to Europe by herself.

Saturn plays a role here too with Saturn/Venus intra-aspects, always a good indicator of durability. Plus his Mercury/Venus conjunction in Taurus are exactly conjunct her Chiron/North Node in Taurus. He has his Sun conjunct his South Node in Taurus and is quite comfortable living in home he was born in and grew up in . . .

I believe it is the combination of very compatible elements, the Saturn/Venus intra-aspect and the tidy synastry stellium in Taurus, noted for staying with the known quantity, which has contributed to them staying together. They are both Fixed sign types too and the Nodal axis here is Taurus/Scorpio, noted for tenacity. But I know first hand how bitter things are and how unhappy they have been for much of their married life. Based on my own experiences and this example, I have to say if I saw Reversed Nodes in a couple’s synastry, I would caution them to really consider carefully what type of relationship they wish to have.

A snip of this post appears on Neith on Synastry.