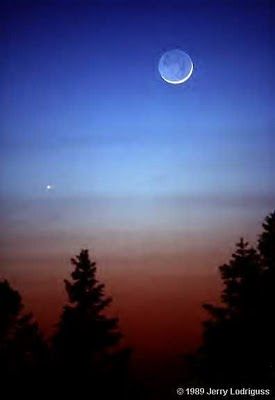 The book: “North Node Astrology” starts out with the quote:
“Purpose is the place where your deep gladness meets the world’s needs.” Frederick Buechner spoke those words years ago, which I now juxtapose with a quote by author/mystic, Andrew Harvey: “Be thankful that you live in a time so terrible, it will lead you to your authentic Self.”

The holding of this kind of terrible opposition is the “tension of opposites” that Carl Jung spoke about when he spoke of God, or the “transcendent function.” He once said that God is beyond ideas of good and evil, and is more than the “coincidentia oppositorum”—he felt that it was in the holding of such oppositions as great despair and great hope that we create the spaciousness for the alchemy of our transformation. In the holding of the opposites, we make room for God or the transcendent function in the Soul, the psyche.

It is here in the holding of such opposites, such as where your heart breaks and where your heart finds joy—here is where “the numinous third” can arise – the midpoint between the two opposing positions. Jung tended to counsel “waiting” and a patient holding of the opposites in the crucible of our psyche. When we hold our love and pain together, what can arise is a gift of grace: the point which is the center of the mandala. This is what Jung saw as the third unseen possibility/option which is unfelt at first. Like a gift of grace, it arises of its own accord.

And yet does this create a“passivity” within us? I suspect it could, except in these days when our culture leans towards acting out. Perhaps the “third” that arises is a summons towards compassionate action. We hear that expressed in the Sufi poet, Rumi—as Andrew Harvey expresses it so well: “Rumi is a lion of passion trying to teach a humanity of depressed sheep how to roar…to roar with divine love.” Rumi would have us crawl out from under the dirty blanket of denial to ignite the passion—a passion that has the intensity to birth something truly new.


So isn’t Rumi really asking us to rise to another level of intensity—of radical commitment to ourselves and to our values? Reading his poetry he begs and cajoles us to act on our beliefs and loves—but eventually the only respite that came to him from his painful yearning for his beloved, was to become the Beloved. He held the tension of the opposites within himself, until like Jung believed, the opposites yielded a third: he eventually found within himself the union of opposites. ~ Elizabeth Spring http://www.elizabethspring.com/
Posted by Elizabeth Spring at 4:16 PM 3 comments: 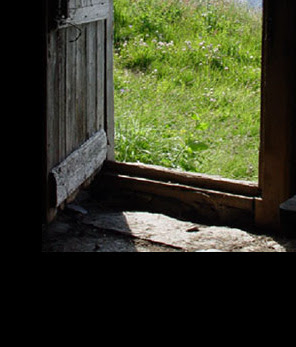 A note to Readers and those who have asked about "readings"~I am still in retreat-writing mode and am not doing readings at the moment. However if you are interested in having me save your name and email address to contact you when I do start again, I can do that.

Also--if you are interested in this material, I suggest buying the book now and using it for yourself. It contains a lot of what I do in a reading and might be all you need! Because the book is not just about the Nodes, but is about the karmic placement of all the planets, it makes good reading and reference for "rediscovering your life direction and soul purpose" as well as insights on how to handle Pluto, Neptune and Saturn transits....meanwhile, consider walking through the "open doors" in your life--I hear spring is approaching!~Elizabeth
Posted by Elizabeth Spring at 2:05 PM 2 comments:

"Neptune: Planetary Archetype of Mirage, Mysticism, and Madness"
When Jung wrote to Bill W. about “Spiritus Contra Spiritum” he was writing, in part, about the archetype of Neptune. Oceanic Neptune reflects the yearning for Spirit, inspires great art and the religious impulse, but is also filled with the flotsam and jetsam of illusion and discontent. Neptune touches all of our lives and can be uniquely understood by its placement in our astrological birth chart. In this workshop you’ll gain a deeper understanding of how this illusory planet operates in your life, as well as in the life and chart of Carl Jung. We’ll also explore what other planetary archetypes are obscuring or influencing the expression of Neptune in your particular chart. When registering, please include your birth day, place, year, and time if you have it (not essential.) Each participant will receive their birth chart and previous knowledge of astrology not required, although recommended books are: Steven Forrest’s book “The Inner Sky” and Elizabeth’s book: “North Node Astrology: Rediscovering Your Life Direction and Soul Purpose.” Both are available on http://www.amazon.com/

Elizabeth Spring, MA, is an astrologer, writer, and therapist in private practice in Wickford, Rhode Island. Her astrology could best be described as “archetypal astrology” in that she specializes in exploring the hidden dynamics and symbolic meanings of the planetary archetypes. She is the author of “North Node Astrology; Rediscovering Your Life Direction and Soul Purpose.” Her second book, not yet published, is “Astrological Neptune: A Jungian-Buddhist 'Re-memebering’ of Your Compassionate Self.”
Posted by Elizabeth Spring at 8:25 PM 1 comment: