The Private Papers of A Reluctant Astrologer 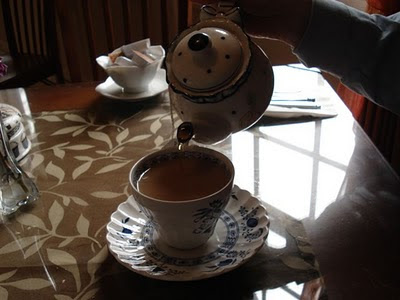 To Readers of North Node Astrology~
I've started a new astrological "book in a blog" set up as letters between an older astrologer, Isabelle, who is mentoring a younger women, Kendra. Isabelle has taken on Kendra as a student and she will be privately teaching her through these letters. We'll also see Isabelle's private journal and personal struggles around her own issues of fate and destiny. Both women are experiencing their Saturn Returns, one at 29 years old, and one at 59 years old.


Their email/letter correspondence has deep meaning and synchronicity for both of them--and what is the prediction that seems to be coming true? Why does Isabelle call herself a "reluctant astrologer"? Oscar Wilde said: "The final mystery is oneself" but these women want to delve deeper into understanding their unconscious motivations and karma through astrology--as well as deciphering what is really happening in these years of
"2012" which have already begun.


If you sign in/subscribe as a reader you will be sent an automatic email as each new chapter is written. Hope to see some of you there! Leave your comments and questions as well.....the direct link is on the sidebar here, or you can cut and paste this: http://PrivatePapersof-a-ReluctantAstrologer.blogspot.com
Posted by Elizabeth Spring at 8:51 AM 1 comment:

Email ThisBlogThis!Share to TwitterShare to FacebookShare to Pinterest
Labels: Private Papers of A Reluctant Astrologer 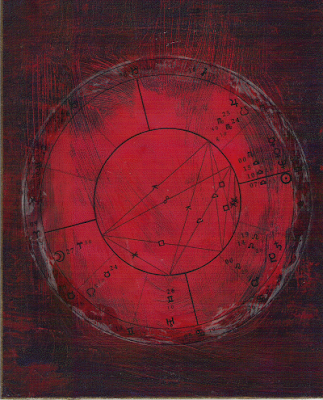 Haley's comet passed across the November skies in 1835, the same month Mark Twain was born--and it was his greatest wish--and proclaimed vow--that he would "go out" with the passing of that comet some 75 years later. And he did. Twain died on April 21, 1910 as Haley passed across the heavens once again. Twain had another wish too--that his autobiography would come out exactly 100 years after his death--as per his instructions--on this November 2010. And so Twain, like Carl Jung and the publication of Jung's Red Book, will be in the news again and we'll be able to read the inner thoughts of another man of integrity.

After watching Ken Burn's poignant documentary on the life of Mark Twain, I was astounded at the depth of Twain's character. Here was an author, satirist, humorist, and great humanitarian who suffered such tragedy in his life--a massive bankruptcy, public shame, and the early death of his daughter--and yet who vowed not only to pay back every penny of his his debt in bankruptcy by doing ten years of grueling hard work, but who also had the audacity to tell "the gods" that his greatest wish was to die with the passing of Haley's comet, and "the gods" obliged.

I don't intend to tell his story here, but just to point out some points of astrologiucal significance. Born with his Sun in Sagittarius, he had the natural story telling ability, ego strength and optimism that is characteristic of that sign. His Moon, in Aries, reflects his emotional courage, passionate and entrepenurial character. Yet that Moon was conjunct Pluto, God of the Underworld, and Twain suffered not only personal deaths and rebirths, but the early deaths of those closest to him. He expressed the suffering of slavery, of humanity's cruelty to each other, and he dared to rage against "God himself." And yet he did it as one of us--not with a finger of blame, but instead by "smiling through the sorrow" with his characteristic good will towards all.

How did he do it? With grit and force of character--astrologers see this in his chart with Scorpio rising as well as his South Node in Scorpio in the first house--and his great summons to his live into his North Node in Taurus in the Seventh house of marriage, and intimate one on one relationships---all of which grounded him in a reality that allowed him to endure and be creative. In the polarity between these Nodes we see the balance and challenge of the Scorpio and Taurus Nodes--the tension between the Scorpionic drama of life with its capacity to overwhelm and the Taurus rootedness in loyalty, steadfastness, and the good things of this earth.

Of course, he overdid it all--as a a Sag with an Aries Moon might do, but he lived to tell about it, and now with Ken Burn's documentary and his upcoming autobiography, we get to see the story of death and rebirth profoundly expressed in the life of a man with so much integrity that even "God himself" honored him with his last wish. (c) Elizabeth Spring http://www.elizabethspring.com/