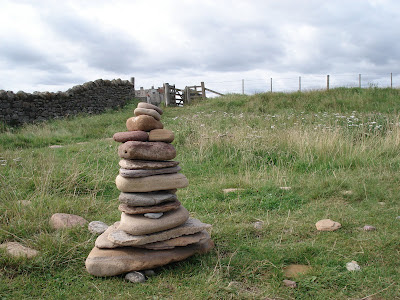 “I live my life in growing orbits, which move out over the things of the world, perhaps I can never achieve the last, but that will be my attempt. I am circling around God, around the ancient tower, and I have been circling for a thousand years, and I still don’t know if I am a falcon, or a storm, or a great song.”
“Do you think that’s the German writer, Rilke?" I asked. "It sounds more like ...John O’Donahue to me, do you know him, Peter—the Irish writer?”
“I don't no....I guess I’m a bit ‘parched’ spiritually, eh?” Peter pursed his lips. “We’re drinking up the goodness here Isabelle, but don’t get too enchanted here—this place, this Lindisfarne-- is the place that almost took Sophie’s life.
"I know. I’m trying to understand why she came here, but we won’t get that, Peter, if we can’t get beyond our ideas of right and wrong, of what is true, and what is not."
Peter winced. “I can feel myself holding back—I have too many old ideas about Christianity. I’m trying to see what is good here now, not what they did wrong in the past….yet the past is everywhere, seeping out of the walls and rocks. And some of it is as quaint and sweet as this lichen and moss on this stone wall—and some of it—well, it will show itself, I think.”
And it did.
Posted by Elizabeth Spring at 10:54 AM