The archetypal planetary energies of Uranus and Pluto are squaring off to each other seven times between 2012 and 2018. What do these mythical energies represent? This planetary square is both generationally and personally impactful. In this workshop we’ll look at the higher and lower ‘octaves’ or expressions of each of these archetypes as they conjoined in the 1960’s and squared off in the 1930’s, as well as how they might be most skillfully played out in your astrological chart. We’ll look at how Pluto, Lord of the Underworld, and Uranus, harbinger of change, is placed in your birth chart and where it is now by transit. Registration must include birth date, time, and place. All registrants will receive their charts, and basic knowledge of astrology will be helpful.  Limited class size.
From Rick Tarnas, author of Cosmos and Psyche: "The Uranus-Pluto square could well represent something like a combination of the 1930s and the 1960s in a twenty-first-century context: a sustained period of enormous historical change requiring humanity to radically expand the scope of its vision and draw upon new resources and capacities in ways that could ultimately be deeply liberating." 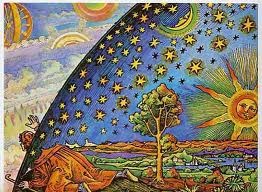 Posted by Elizabeth Spring at 1:07 PM 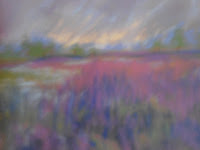 “One’s life direction seems to evolve through the mysterious equation of “fate plus character equals destiny.” I’m intrigued by how that middle factor of character grows and is changed through our choices. How much free will do we really have? How random is fate? Metaphysical questions abound, yet I believe that it is in the making of character through our choices that makes all the difference, and the depth of the insight that accompanies it.


My hope is that this book gives you, dear reader, a rather special and curious tool to dig deeper into the whys and wherefores of character and destiny. Our life direction is like the arrow which we shoot through the skies, and aimed or not aimed it lands somewhere. We choose our target based on what we know. And as for soul purpose, I share a common yet sacred bias here, in saying that it is ultimately bound up with our growing ability to love and be loved.”
Pastel: Elizabeth Spring
Posted by Elizabeth Spring at 10:27 AM