What is the most important thing to know in astrology? 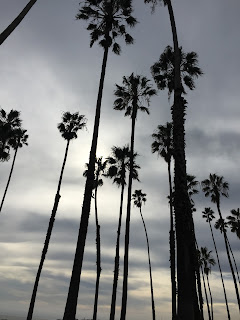 The North Node is the most important thing to know in astrology and in your astrology chart. Why? Because it synthesizes the meaning of the whole chart into one precise statement--saying this is what your Soul chose to learn in this life. It is your personal North Star.
The North Node glyph looks like a headset and is always opposite the South Node which looks like a horseshoe. The South Node tells you what you came into this life understanding, and it is your default pattern in life. Most people live out their South Node qualities early in life, thereby repeating the mistakes and drama/karma of the past.
But if you know the qualities and aspirations of the North Node, then you have a guide to live by--you have a personal whisper of wisdom tailored just for you.
How do you do this? Look at the sign of the North Node to describe habits, traits, aspirations....and look at the house placement of this North Node to see where in your life it is likely to be acted out. Is it in the 7th house of relationships or the 10th house of career? Or where else? There are 12 possibilities, but you will need to have the time of your birth to have the house placement correct on your astrology chart.
When I discovered the potential of the North Node I was excited--astrology has so many parts to it and astrologers don't all agree on what is the most important thing to know in astrology. Most astrologers would say the Sun Sign, but the Sun is more a description of your personality, your ego, and doesn't tell you the meaning and trajectory of your life. The North Node does...check it out. It may feel unfamiliar or strange if you haven't been living out it's advice and potential. In my next post I'll give some examples....
Posted by Elizabeth Spring at 3:44 PM