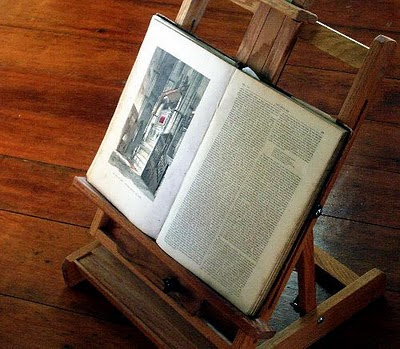 “Purpose is the place where your deep gladness meets the world’s needs.”
Frederick Buechner

Writing “North Node Astrology”, a book about how to find one’s life direction and soul purpose, sounds a little arrogant or naïve depending on whether or not you believe astrology has anything truly worthwhile to say at all. One’s life direction seems to evolve through some mysterious equation of fate, character and destiny. How far does our free will take us? How random is fate? Metaphysical questions abound, yet it is in the making of character through the depth of our insight that intrigues me. My hope is that this book gives you, dear reader, a rather “special and curious tool” to dig deeper into the whys and wherefores of character and destiny. And as for soul purpose, I share a common yet sacred bias here, in saying that it is ultimately bound up with our growing ability to love and be loved.

Similarly, as a counselor I’m inclined to say that one’s life direction and soul purpose is about the movement towards healing and wholeness—for who among us is not wounded and less than whole? Our life direction sometimes seems to evolve as much by default as it does by purpose, and yet we sense that it’s more than the “visible hat” we wear in the world. It is about our healing, wholeness and deep happiness, and this is different for each of us.


Can you remember when you first heard the words of the poet, William Wordsworth, when he said “our birth is but a sleep and a forgetting, the Soul that rises with us, our life’s Star, hath had elsewhere its setting, and cometh from afar: not in entire forgetfulness, and not in utter nakedness, but trailing clouds of glory…”? Maybe it’s true that life existed before this birth, perhaps not. However, embracing the theory of reincarnation is not necessary to get something out of this book—what I might see as the reincarnational story, you the reader, might understand as the effect of early childhood experiences and parental DNA. Either theory works.


As you might rightly assume, my point of view is that I like the theory of reincarnation, because although not provable, it’s a way to look at the world that holds the promise of fairness and justice. It’s a hopeful bias—because we all know that life is often not “fair” to a person in one life, but it may prove to be somehow mysteriously “fair” over many lifetimes. The law of cause and effect, of karma, operates silently with its twin sisters, fate and destiny, in ways we don’t fully understand from our perspective. Yet we may be able to discern an order and an invisible pattern when you look closely—such as when you look at the backside of a tapestry or when you see the “lay of the land” from the top of the mountain. The closer I look and the farther I look, the more interesting the patterns become.


What are these invisible patterns we might not see? A friend once said, “Be kinder than necessary because everyone we meet is fighting some kind of battle.” What is that invisible battle we don’t see in our friend? What are the invisible patterns in our life? What happens when we detect patterns using theories such as astrology and reincarnation? Perhaps they must simply be felt and experienced rather than proven, and then decided whether they are useful or not. It is in these realms I seek to probe.


So I accept reincarnation and astrology as a “kind theory” that challenges chaos and randomness. It gives me faith that there is “meaningfulness” to existence even if it can’t be proven or discerned in one life. Looking at things this way, life feels too cruel—yet we all go to the movies to watch a good story. We accept the drama and tragedy in a story.


In the Eastern tradition of Vedantic Hinduism we were once all part of the One story that created this great pattern. Their theory of reincarnation postulates that we live through lifetime after lifetime of lila and maya, of play and illusion, till we arrive back at the place where we started at the beginning. According to this philosophy there is an evolutionary story evolving—that there are synchronistic correlations and resonances between things, and that an evolutionary drama is being enacted. Like the legendary “magus” Hermes Trigmegestus once said: “As it is above, so it is below, as it is in the inner, so it is in the outer.” Man is the microcosm, the universe the macrocosm, and in some metaphysical sense they are One. I like to entertain these possibilities as being true.


So if you can suspend your skepticism about reincarnation and entertain the idea that astrological symbolism is a language best used to explore psychological and spiritual terrains—well then, I invite you to consider that there may be something in your birth chart that speaks of your specific life direction and soul purpose.


If you approach this book with an open and curious mind, you come to the question—why do I have this particular astrological chart? Why was I born at this particular time and place? Did I come here to learn or experience something unique to me? This kind of thinking challenges you to question everything you think you know about yourself and to look beneath the obvious.


And for those of you who have already seen the value of astrology in describing who you are and what you’re experiencing, then you’re ready to begin excavating the “soul’s code” embedded in the ancient astrological points of the North and South Node—known in India as Rahu and Ketu. These nodes aren’t planets, but astronomical points that have been overlooked in the recent past by astrologers preoccupied with prediction, rather than purpose. I believe they are true astrological gold. Astrological gold? Yes, like the alchemist’s philosopher’s stone, these esoteric points in the birth chart give us a base to turn the Saturnian “lead” of mundane reality into philosophic gold. An astrologer might say they offer a mercurial secret knowledge.

This process of looking to an oracle—or more accurately, looking for an oracular sign for direction, is like asking to make what is unconscious, conscious. It’s like unraveling a good mystery novel, and lends us a small but useful measure of control over our life. As Carl Jung once said, “When an inner situation is not made conscious, it happens outside as fate.” How exciting it is to ponder the idea that we might have some say in our fate! Is it an interesting theory, or a gift of grace from the gods? You decide.
© Elizabeth Spring

Email ThisBlogThis!Share to TwitterShare to FacebookShare to Pinterest
Labels: Purpose is the Place Where Your Deep Gladness...
Newer Posts Older Posts Home
Subscribe to: Posts (Atom)