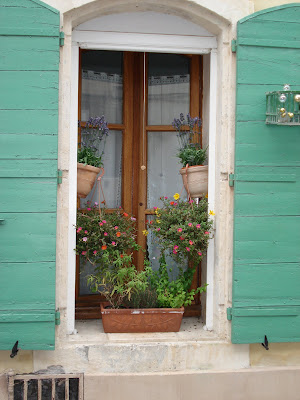 North Node Capricorn, South Node Cancer
Integrity is the key to your life. By following your personal code of ethics and beliefs you have an inner compass for your life. As you develop self-control and self-care while approaching life in a goal oriented manner, you integrate the lessons of your past and bring your dreams into reality. In former lives, or earlier in this one, you were more concerned with the process of life rather than your goals and visions, and were overly immersed in your emotional life. At times you succumbed to moodiness and a dependence on others that was not healthy. Now you are learning to truly be the author of your life: the "author-ity" and are finding the satisfactions of independence.
By setting positive and reachable goals, and taking the steady steps to reach them, you release old fears of rejection and find that you have what it takes to be a leader and a person in authority. This may feel quite new, as you may have spent other lifetimes in which you were a householder and identified with your role in your family and clan. You may still have some difficult family karma to resolve, but you're willing and able to do what needs to be done. You are not one to be irresponsible and you are not naive either.
In this life you are called to be a builder, a creator, and a preserver of all that is valuable. You have a deep respect for the good part of traditions that have been handed down, and you may find yourself given the opportunity to succeed in the world in a surprising way. Others see your integrity, and trust that you can be the person of authority.
Because of your innate seriousness and strong work ethic you can sometimes feel isolated from others, so make it a point to find ways to lightly and creatively express yourself, as well as finding loyal friends to cheer and encourage you. You are more respected and loved than you realize.
As you pick up the gold in your Cancer South Node, you'll find that any left-over tendencies to control others by emotional over reactions and manipulations will fall away as you come into your own. You have a keen sense of intuition and yet you may feel at times as if you are blocked, or don't want to open up fully to all your emotions--sometimes it feels like dangerous territory. Trust your intuitions, and go at your own pace.
Soul Purpose: Building a life, a business or career, or some structure that is worthy of your ambition. You are “toughening” into becoming an Elder and a wise one, but you need to mature into it by wise use of solitude and a savvy attitude in the world. You are leaving behind a family oriented dependence and moving out into the public world. You could become a high achiever and successful in whatever field you choose, but remember to “be in the world, but not of it.”

Shadow: Not setting up appropriate boundaries between your self and family members or business partners. The goal is inter-dependence with others, and an outward looking perspective that still honors the integrity you deeply understand. Never forget the old Biblical saying: “What does it profit a man if he gains the whole world but lose his immortal Soul?”
***
Oprah Winfrey, television talk show host, wise woman, and possibly one of the world’s wealthiest and most influential woman, Oprah has this Nodal aspect. Born in rural Mississippi to a poor teenage single mother and later raised in an inner city Milwaukee neighborhood, Winfrey was raped at age 9, and at 14-years-old gave birth to a son, who died in infancy. She was sent to live with her father, who encouraged her education, and Winfrey landed a job in radio while still in high school. She began co-anchoring the local evening news at the age of 19. Oprah is credited with creating a more intimate confessional form of media communication, and by the mid 1990s she had reinvented her show with a focus on literature, self-improvement, and spirituality. She is generally admired for overcoming adversity and for becoming a benefactor to others—in 2006 she became an early supporter of Barack Obama, which may have helped him win the election.
Oprah shows the characteristics of deep integrity and goal orientation that are embodied in her North Node Capricorn. Her strong work ethic helped move her beyond the South Node “Cancerian immersion” in the drama of family life and she chose instead to focus her energy and goals towards the larger “family” of the world. Although Winfrey has a partner, she never married, and believes that the reason she never had children was because her students at her South Africa’s Academy for Girls were meant to be her daughters: "I never had children, never even thought I would have children. Now I have 152 daughters; expecting 75 more next year. I said to the mothers, the family members, the aunts, the grannies — because most of these girls have lost their families, their parents — I said: “Your daughters are now my daughters and I promise you I'm going to take care of your daughters. I promise you.”
Time magazine wrote about Oprah’s power to blend the public (Capricorn) and the private (Cancer): “Like a family member, it’s as if she sits down to meals with us and talks to us in the lonely afternoons. She makes people care because she cares. That is Winfrey's genius, and will be her legacy, as the changes she has wrought in her talk show continue to permeate our culture and shape our lives.”
Yet in 2009 Oprah has admitted that she has let her goals, ambitions and work become out of balance with her personal life and need for self-love. She admits that her life long battle with weight gain appears to be connected with a problem of self-nurturance and love, which has been a fluctuating theme in her life. This is the precarious balance of the Nodes here; balancing home, heart, and heart with the work that one is called to do. So far, it appears as if Oprah has done an amazing job of following her life direction and soul purpose.
Elizabeth Spring http://www.elizabethspring.com/
~~~~~~~~~~~~~~~~~~~~~~~~~~~~~~~~~~~~~~~~~~~~~~~~
Posted by Elizabeth Spring at 9:11 AM

Email ThisBlogThis!Share to TwitterShare to FacebookShare to Pinterest
Labels: North Node in Capricorn