What Can You Expect from an Astrology Reading? 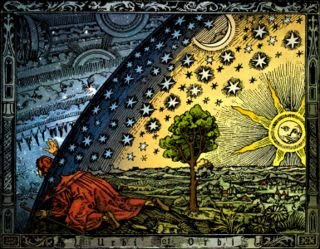 What Can You Expect from An Astrology Reading?
“You can make astrology prove anything,” she said to me with a malicious little grin. “It’s like the Bible—just pick the right verse and chapter, and you can make a case for God’s approval or disapproval on almost anything—astrology included.” My friend had been studying astrology just long enough to get both confused and excited, and I could feel the tense undertones of emotion mixed in with the pleasantries of our after dinner conversation. “Look at the choices,” she went on, “mid-points, solar arcs, transits, fixed Stars, secondary progressions—just pick a time and you can back up anything you want to say with some aspect.” She had a point there, but she was missing the larger picture of how astrologers work with the increasingly growing tool-box of choices we have at our disposal. And beyond that, she was missing something even harder to explain. But I wanted to try.


I understood her complaint about all the astrological systems: Vedic, Sidereal, Placidus, Koch….evolutionary, medieval, psychological …..can it really all be true and ‘under one sky’? And if so, how are we to know what works best? And what should we expect from an astrologer when we have a “reading?”

As astrologers, we quickly learn that there is an almost overwhelming smorgasbord of choices to make, both in how “to do” the reading, and which techniques to use. I take a strong hint from the ancient alchemists. The alchemists understood the process of things—you take things apart, separate them, let them “cook,” and then put them back together into a whole—a new synthesis. The Nodes are like the flask or cauldron that contains the heady mixture of astrological elements. In a reading you don’t have time to truly let all the elements fully cook, but you, or the client can do that after the session….or in a particularly good session, you may get a strong “whiff” of the heady stew, and see the gold that is beginning to emerge.


As a counseling astrologer, I have a Master’s degree in counseling psychology with an emphasis in the work of Carl Jung. I’ve had teachers who used the tropical Placidus house system, and who viewed the planets as mythological archetypes within the spiritual mandala of the birth chart. I believe in the priorities that most of my teachers believed—that the nuts and bolts of a good astrology reading depend on: a) a good understanding of the natal birth chart, b) the outer planet transits, and c) the inner planet progressions. I now feel that the North and South Nodes synthesize the message of the entire chart reading, so they are the gold.
Of course there has to be a solid understanding of the Sun sign, Moon sign, Rising sign and all the planets in the natal chart. The North Node and South Node, and the transits and progressions make a reading complete, and without them all I feel it’s inaccurate. I think that not to include all of these in one session is wrong-- separating the birth chart from the crucial transit “forecasting” feels like cheating—if the client is having a major life changing transit and the astrologer is only talking about the birth chart, how inaccurate is that! Or even the other way is wrong—to only look at the transits/progressions while not checking back to the birth chart can be hugely inaccurate.


For example, if the transits show a potential for being very accident prone at a certain time—say, some Mercury/Uranus/ Mars aspect is peaking, and the astrologer doesn’t look to the birth chart to see if the person shows a vulnerability in their birth chart to being “accident prone,” then it would be wrong to counsel them to avoid travel at that time. The astrologer could mention it, but not over-emphasize it, because the birth chart doesn’t substantiate the claim. And the other techniques, such as solar returns, relocation charts, etc. are good too, but I only add them to the stew when necessary. Prioritizing is key.


My bias is that my best “readings” are not the ones in which I rely heavily on technique and prediction but simply when the metaphors I use allow the client to see deeply into their life. I know this is happening when they start looking at the question behind the question that they presented initially. And when the particulars of the client’s experience match strongly with the symbolic description of the transits and progressions and the Nodal story, then there’s a feeling of rightness and resonance. And then the technique becomes secondary to the quality of the moment of insight.

In every astrology reading, I suspect that no matter what techniques are used, the hope is that there will be a synchronistic moment of “ah-hah” when there’s been an accurate mirroring of that which is above, to that which is below. Isn’t that what we long for---when some piece of the client’s truth and the astrologer’s technique rise up to a little epiphany together! Ahh…. then there is that felt moment of meaningfulness that makes all considerations of proof of technique secondary.


And so I offer you the idea that the technique that brings this about is already embedded in most systems: the idea of silence and reflection. Perhaps that is our only safeguard in truth-seeking; not forcing a prediction, symbolism or bias on our client, but honoring instead the idea that we are acting as instruments of the Divine. We can present whatever combinations of symbolism we think will be most evocative, but then, let’s allow them a moment to swallow, to digest, and to truly look at their chart. I believe they will take what they need when we make it simple, clear, and in a language they understand. And in that moment of silence we give a chance for the Spirit to enter; for what the Jungians call the numinous moment, when you or your client looks at the chart and see the “answers” projected there---upon the clear sky of the heavens above and the gods within. ~
Elizabeth Spring © www.elizabethspring.com Comments? elizabethspring@aol.com

Posted by Elizabeth Spring at 12:25 PM

Email ThisBlogThis!Share to TwitterShare to FacebookShare to Pinterest
Labels: Astrology Reading~What Can You Expect?