A Question of Priorities: How Do I "Read" the North and South Nodes? 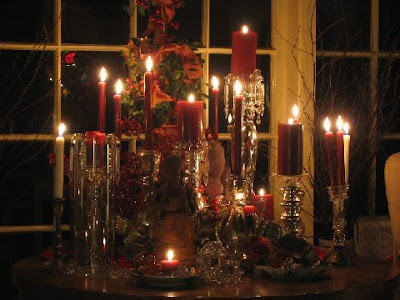 A Question of Priorities: How do I “read” the North and South Nodes? Pulling It All Together Astrologically…

When you care enough to go deeper into understanding the North and South Nodes in your birth chart, it can get very confusing indeed! With so many things to consider, it’s hard to know what is important and what isn’t. There’s not much written about how to tweak and modify a good reading of the Nodes. As we all know, a little knowledge can be a dangerous thing, but we all have to start at the basic understanding of the signs and houses, and work up from there. So synthesizing the various elements and “pulling it all together” by prioritizing is a crucial part of the process.


The first step is to read about the SIGN of your North and South Node, and then to read about the section of the chart, the HOUSE, that they each fall in. This tells you a lot, and is enough for many people. It’s also worth remembering that the Nodes are always directly opposite each other on a polar axis that is 180 degrees apart.


If however, you want to delve deeper and begin to unravel the details in order to more fully understand your past life karmic inheritance, or “parable,” you need to go farther. The next step to consider is what PLANET rules your South Node? What PLANET rules your North Node? And where is that planet located in your birth chart and what is it doing in terms of aspects and houses? Following this trail begins an intuitive journey….


Now if a planet is conjuncting the North Node instead of the South, then it describes two things---one is that it’s good North Node Medicine for you to integrate and embody these qualities into your life now, and, it also suggests that in the past you were UP AGAINST someone or something that opposed you in a way described by that planet. You came up against a brick wall of reality that you had trouble getting around—and it had the quality of that planet. It may indeed have been a person, and in the case of Mars, it would have a lot to do with “showing up and having courage.”


The last part of the Nodal story that is fascinating to look at revolves around the aspects to the Nodes. The aspects describe something more about the story or plot of your “past life parable.” A square to the Nodes is a possible skipped step, as Steven Forrest describes it, and describes the unfinished business or skipped/ resisted/denied thing that we need to do (or be!) in order to reach our North Node potential.


This is what Evolutionary Astrology does—it’s not a simple process, and in a post like this, there isn’t room for more examples. Perhaps in my next post I will flesh this out more—and please forgive me if I’ve missed answering some of your questions. If I can’t do it personally, I’ll try to at least address them on this blog. Elizabeth Spring © www.elizabethspring.com

Posted by Elizabeth Spring at 4:07 PM

Email ThisBlogThis!Share to TwitterShare to FacebookShare to Pinterest
Labels: A Question of Priorities: How do I "Read" the North and South Nodes?