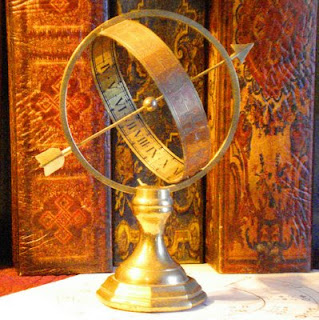 Hi, I’m Elizabeth Spring, professional astrologer, and author of “North Node Astrology; Rediscovering Your Life Direction and Soul Purpose” and “Lifting the Veil; Becoming Your Own Best Astrologer” You can also find information about readings with me at www.elizabethspring.com

Today I want to talk about how you can find hints about your career or career change by using your astrology chart. If you don’t have your chart you can get a free one at www.ASTRO.com by typing in your birth information.

There are not just 1 or 2 things in the chart which will tell you your best career path. There are many things, which is why it’s best to have a professional reading done—but there are a few things that astrologers always look at when a client asks about career.

The first thing is--- are there any planets in career and work houses --the 10th or 6th houses? What are they…what do they say? And where is the North Node? The North Node glyph in your chart looks like head phones---and it’s the direction your Soul wants to go towards in this life. The 10th, 6th house and North Node are the first things an astrologer will look at….but not the only things.

Now you could look at your chart and see no planets in the 10th and 6th houses. Does that mean no career? No…it means you have more freedom to decide, and fate weighs in a little less. So it’s not bad or good if you have planets there, but if you do, it’s easier to follow the trail of hints.

With no planets in those houses you look at the sign on the cusps of the 10th and 6th houses and see what they say. Let’s use an example right away before you get confused.

Let’s say this man came to see me with a career question: and I see he has his Sun sign Gemini right in the 10th house of career….so choosing a career where he can use his Gemini traits would be the right thing for him to do. Gemini is a communicator, a sales person, someone who likes to gather facts and information, and to connect people. Gemini is ruled by Mercury and is likely to know a little about many things, and not as much in depth on any one thing.  In his chart I also see that he has his North Node and Uranus there in the 10th too…so his career house is strong. With Uranus being there we know that whatever he does he’ll do it uniquely his way and not listen to other authorities too much. He may be impulsive or shocking in some way as well.

His North Node is also there in Gemini, which implies that his Soul—not his personality--wants to grow by learning to listen to other people, not being a ‘know it all’, and being open up to life’s complexities…seeing things from different points of view. He may or may not do this in his life but it is his higher calling. He is also likely to be in public view with 2 planets and the North Node in his 10th.

If he had no planets there, or if you have no planets there, you look at the sign on the cusp of that house –see what it hints it and look where the ruler of that sign is in the chart…in his case Taurus is on the cusp of the 10th or the MC. This implies that having money and security is important to him. He loves beautiful things and the ruler of Taurus is Venus, and we see Venus is in the 11th house which is associated with groups of people, alliances, and goal making. The 10th and 11th houses are outer directed, extroverted houses. He has other planets in 11th so he’d be happy as a public personality.

What about the 6th house for him? No planets there, so we look at the sign on the cusp of the 6th and look to where its ruling planet is located. The 6th house is about our daily activities and for him it’s ruled by Aquarius, whose ruler is Uranus. And where is Uranus? We see that Uranus is in the 10th so it’s strong. Uranus rules new technologies, so he might like to use computers, the internet and social media in his career. He enjoys being different.

So there anything else in this chart that jumps out? Sitting right on his rising sign, the ascendant, is the planet Mars in Leo….he has lots of energy, pride, and probably has a Leo or Lion like appearance….you guessed it, the man is Donald Trump.

There’s one other big thing to consider in thinking about your career. What are your transits urging you to do now in your life? You might have done one career for half your life and you’re ready now for another. If you have transiting Uranus strong in your chart, like around the age of forty at your Uranus opposition, you’ll probably want to do something quite different, like picking up on a forgotten dream you put aside earlier in life, and now you’re ready to do it. Or if it’s a Saturn transit such as the Saturn Return at age 29 and 59 you may be in for some hard work, serious changes, such as committing to a marriage, a child, going back to school or being on a new learning curve where you acquire what some people call gravitas; weight or seriousness. In Donald Trump’s case he has transiting Saturn aspecting both his Sun and Moon in 2017 so it’s going to be a sobering, ‘gravitas’ making year for him.

This is just a quick look; if you’re curious for more, check out my books on amazon: “North Node Astrology; Rediscovering Your Life Direction and Soul Purpose” and “Lifting the Veil; Becoming Your Own Best Astrologer.”

Posted by Elizabeth Spring at 3:00 PM