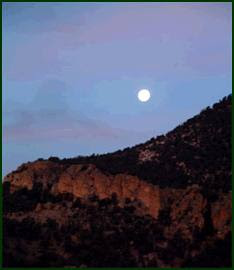 Rekindling Lost Love; the Astrology of Remarriage
Twenty years married. Four years divorced, and now we're six months into seriously dating—again. Its not an uncommon scenario, but it certainly is one that makes people smile when we tell them our story! Like a good ending to a movie, love survives. Some people can heal. We're hoping we can.
A few years ago I wrote about the ending of our marriage. "Reflections on Healing a Broken Heart" on www.elizabethspring.co . That article was my way of making sense of what didn't make sense—a good marriage that unraveled for no apparent reason. I thought it was a brave attempt to delve into the discrepancy between the overt and the covert facts. The shock of our mutual choice to separate had sent me into a state of withdrawal and grieving, which I called "cocooning," and simultaneously challenged me to be in the world in a new way—wounded but not whining. It took a consistent, and at times faltering effort to do that, to not shame or blame him or myself. I can simply say that we didn't know how to do it any better at the time. The question has come around again, and the answer remains too be seen: do we know how to do it better at this point? Have we really grown in such a way that we can now re-marry? We're hoping the answer is yes, but we don't really know.
Our story is an unfamiliar one, yet the reasons people reunite can be quite varied. Loneliness and dismay at the dating experience are obvious reasons, but that wasn't our primary experience. My ex had loved and lived with a woman for three of those four years, and although he was never engaged, they appeared to be blissfully happy. They bought a lovely country house together and moved out of state. I, too, made a valiant attempt at happiness, becoming engaged to a man after a two year courtship. But I found myself missing my old love at the strangest times. I would be the last to think that I would be beset by heartache while vacationing in Italy on the shores of lake Magiore with my new fiancée. But these moments did occur, and eventually I broke off the wedding engagement six weeks before the marriage. Both of our new relationships were serious attempts to disengage from each other and they each failed. Why?
About a year ago I went away on vacation by myself, and in the process of slowing down and allowing myself to really feel and assess my life, I noted over breakfast one day that I seriously missed my ex-husband. Writing him a letter I admitted there, was a split in my life that no other man could heal. I wrote that we felt like an unfinished story, and that the bittersweet weight of our mutual history felt as integral a part of my life as my own arms or legs. I felt that I had been tragically severed by our mutual decisions to separate. Six months later I got a reply. My ex had found himself unexpectedly in tears one day while browsing through the Hallmark cards; the anniversary cards were too much for him to bear. He too felt that our story was unfinished.

Email ThisBlogThis!Share to TwitterShare to FacebookShare to Pinterest
Labels: rekindling lost love; the astrology of remarriage